Griffin gaming studios was created from the friendship of two mediocre looking guys, Thomas (Cásseres) and George (Nitroplex), determined to find a future in the game industry. Brought together by life and karma, they found themselves following the same philosophy of “Unique storytelling”. Although they seem foolish enough, people got interested in their plans and were drawn to them. People like Evangelos (Gluxable), who came a year later adding his efforts in the team. Now the three of them have rearanged their goals and they are ready for the future. And this future starts today with a small simple sentence. We need to create unique games that immerse the player into vivid new worlds. And also have some fun!

View all our recent game and game news! 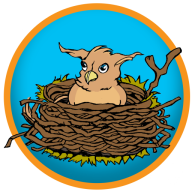